The cave Harmanecká jaskyňa is situated in the mountainside Kremnické vrchy, approximately 23 km away from Donovaly and 15 km from Banská Bystrica. Its name is derived from the nearby municipality Harmanec. The cave was declared a protected natural creation in 1968, later changing its status to protected natural monument, which it has retained until today. It was formed in two levels in dark grey limestones of the Middle Triassic.

The underground space consists of passages but halls and domes are to be found there too. The whole cave is decorated with formations of all kinds, such as white pagodas and cave-wall waterfalls. Particularly noteworthy are small lakes with their rare cave pearls. The length of the cave Harmanecká jaskyňa is 2,763 m; the part accessible for the public stretches to around 1,000 m. The cave’s temperature is 6 °C and humidity is close to 97 %. Several species of cave bats are also to be observed here. Photos: Juloml 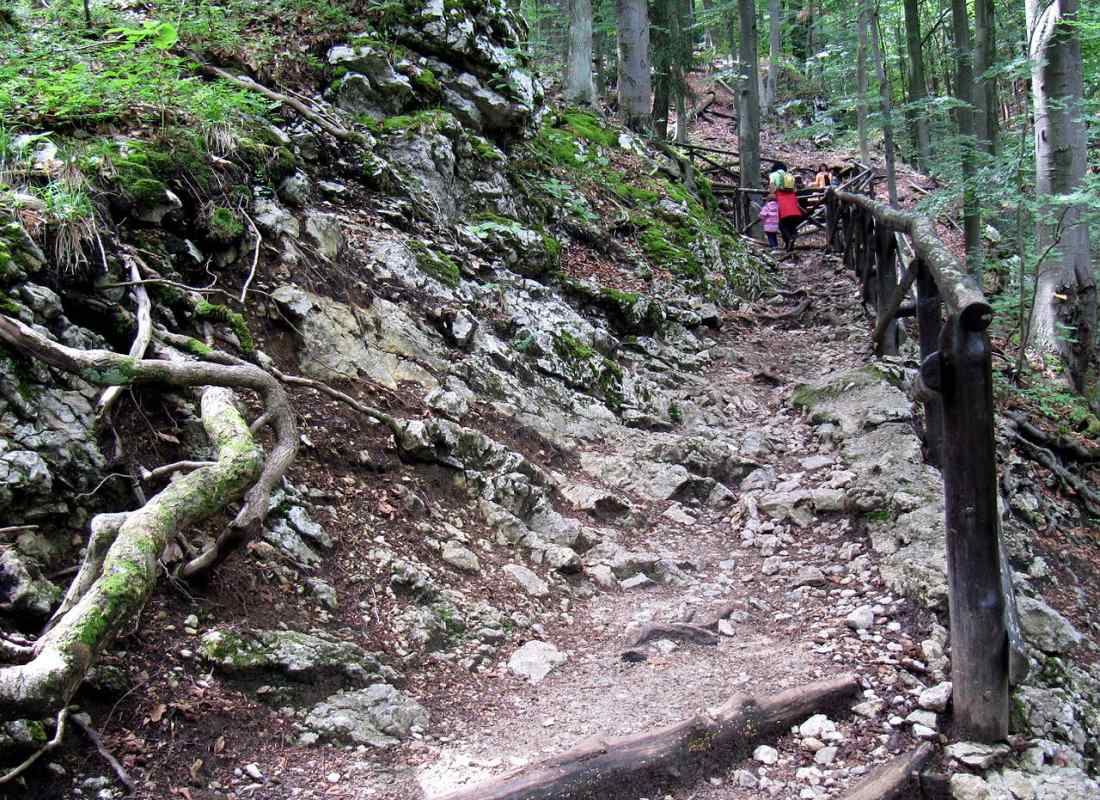 The Korytnica spa is situated around 6 km away from Donovaly and constitutes a part of the Liptovská Osada municiaplity. The tradition of spa-related activities has a long history in Korytnica and goes back to the 16th century. As the only European mineral water, it was awarded at an US exhibition and won several awards also at an exhibition in Vienna in the past. A narrow-gauge railway used to be in service from Ružomberok to Korytnica until 1974. The spa hosted, apart from other famous personalities, also the emperor Franz Joseph and the leader of the Slovak national revival, Ľudovít Štúr. Following the spa’s privatisation in the 90’s of the previous century, it gradually started to deteriorate. This lead to the final closure of the spa.

At present, the premises are in decay and the only exception is a mineral water filler. The public may access just one spring named Jozef. The remaining 6 springs are not accessible. An interesting fact is that the water stemming from the spring called Vojtech, with a temperature of only 5.4 °C, is designated as the coldest mineral water from all the Slovak springs. Photos: Mgr. Ing. Jozef Kotulič, Xtrodinary 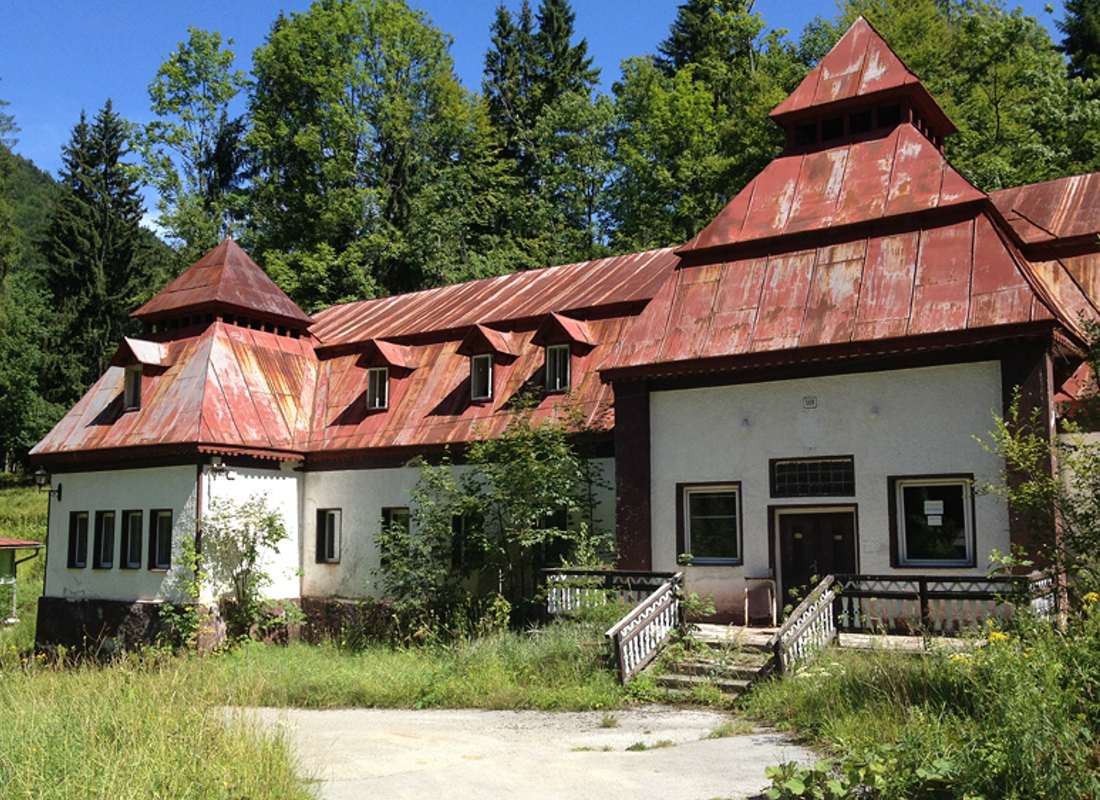 The submontane village Vlkolínec is approximately 28 km away from Donovaly and 6 km from the district town Ružomberok. It is a historical reservation of folk architecture and has been listed in the UNESCO World Heritage Properties since 1993 as a remarkably undisturbed and well preserved mountain settlement consisting of typical log-houses of a characteristic Central-European type. The village represents a type of medieval settlement with wooden architecture of montane and submontane regions with undisturbed built-up area with log houses in the middle of country hinterlands formed by narrow field lines and pastures, protected by a massif formation Sidorovo from the north.

According to a plan dating back to the 50’s of the 20th century after World War II, the residents of Vlkolínec were to be relocated to Ružomberok. The reason for that were the requirements of the residents to improve the life conditions, which should have been comparable to other parts of the Ružomberok town. The relocation, however, never took place, thus it is still possible to observe the countryside life in the middle of the traditional log-house architecture. Photos: Juloml, Podzemnik, Maros Mraz 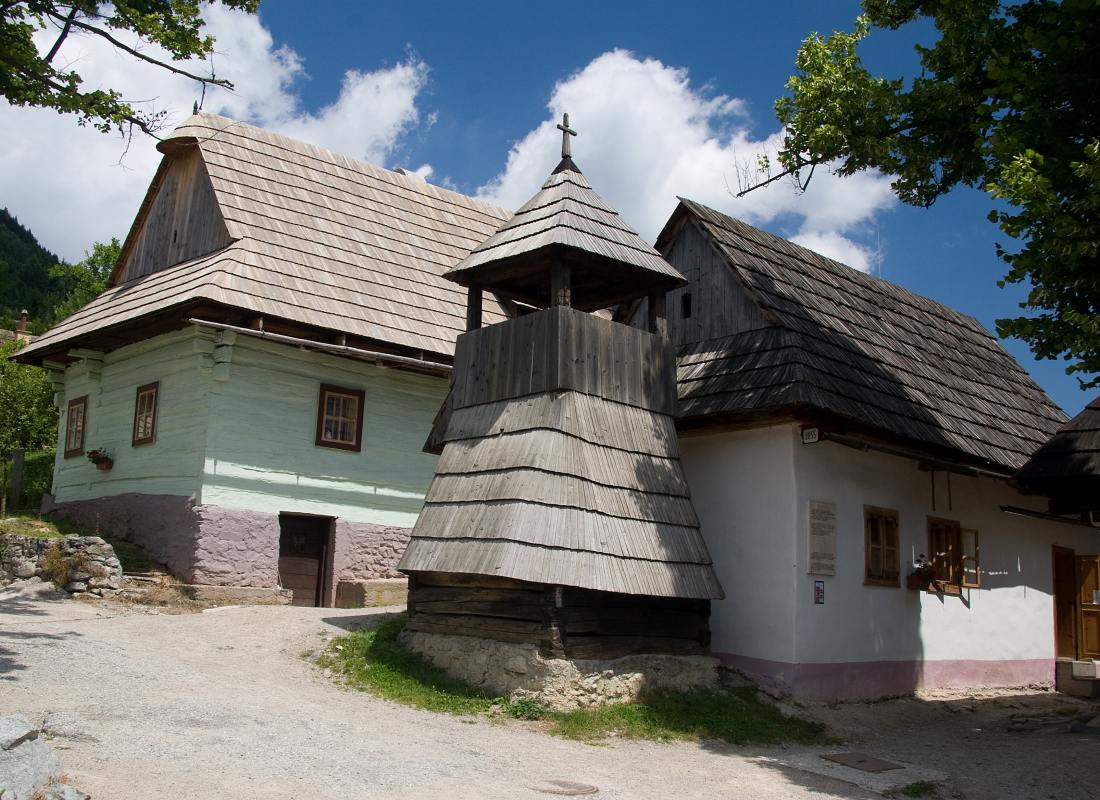 The mining municipality Špania dolina is located approximately 20 km away from Donovaly and 11 km from Banská Bystrica. Its deposits of cupriferous ore, also containing silver, were famous all around Europe. Mining in this area dates back to the 11th century. It currently offers beautiful and undisturbed montane environment rich in historical sights. Also located in the municipality, kostol Premenenia Pána (the Church of the Lord’s Transfiguration), is an originally Romanesque construction, rebuilt to Gothic style later in 1254. The very same year was also marked by the church’s consecration to a Roman Catholic presbytery church. You can walk from the square to the church down roofed stairs. One of the buildings holds a sun clock.

A shaft pile offers a lovely view of the surrounding mountains. Numerous paths of the mining educational trail will guide the tourists through famous spots of the mining history. The mountain terrain with moderate difficulty level will lead you through the hidden shafts and roads in the neighbouring forests. The sloping mountain tracks in the surroundings form ideal routes for mountain biking in summer and for cross-country skiing in winter. Photos: Patrik Kunec a Pe3kZA 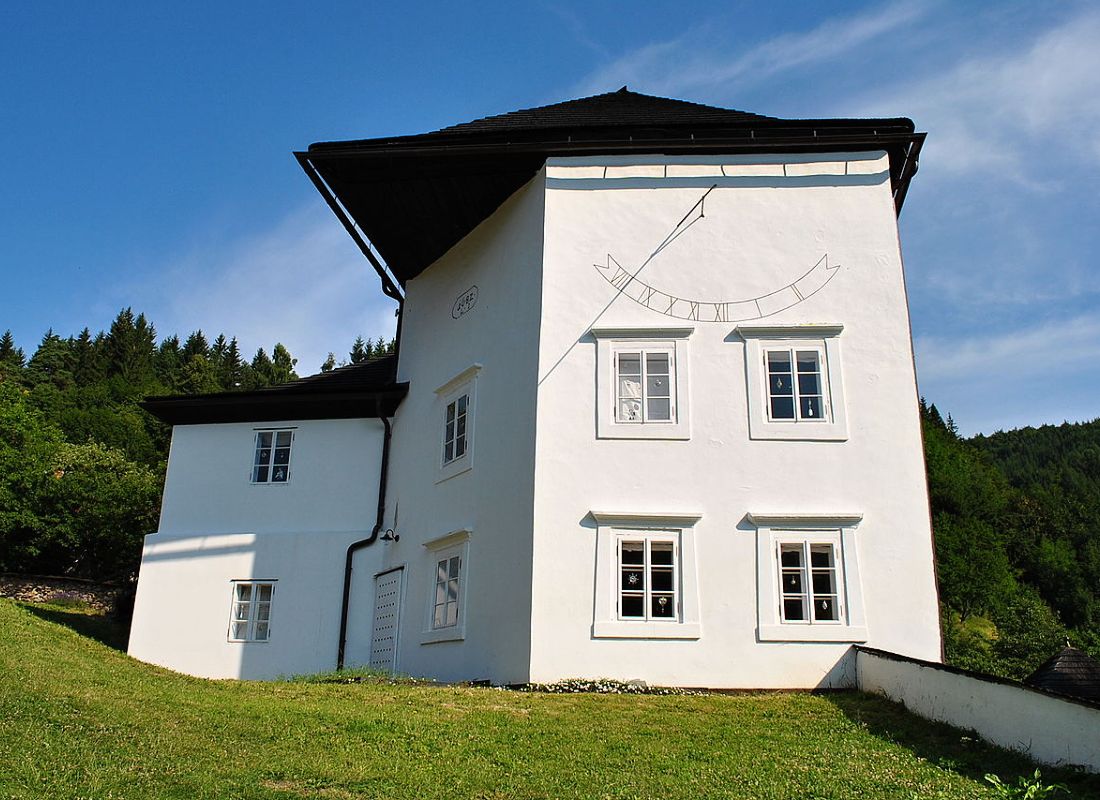